Son Doong Cave is not your average adventure underground. The largest known cave in the world offers a number of unique environments to explore. From the central forests to the underground river that gives the cave it’s name, it was discovered locally in 1991. It wasn’t until 2009 that foreign tourists began to trek through the cave to experience its many marvels. This leaves Son Doong Cave relatively untouched when compared to well-developed cave hiking experiences in other areas around the world.

Hiking the 9km underground that the cave offers requires some equipment that not every mountain trek may need. Wearing a helmet while exploring Son Doong Cave is absolutely essential. Low ceilings and outcroppings can cause a severe injury. Bring lighting equipment that can strap to your helmet, as well as a pack filled with lights, batteries, water, and food. Warm clothing is often necessary in Son Doong Cave as well because the presence of the river naturally cools the temperature.

You’ll need to be prepared to get muddy. Bring gloves, boots, and hot packs for your feet and hands should the temperature drop below a comfortable level. Clothing stains from any cave can be virtually impossible to remove because of their high mineral content.

This massive cave makes up the heart of Phong Nha Ke Bang National Park. At the time of this writing, more people have made the summit of Mount Everest than have actually explored this cave, so now is the time to plan this amazing trek.

Unless you’re an expert spelunker, a guided tour of the cave is recommended. This is because some of the caverns are so large that a commercial airliner can fit inside of them. The largest chamber in Son Doong Cave is 5km in length on its own. Several hiking tours are offered that explore specific sections of the cave or the entire cave from start to finish based on your personal preferences. A 5 day/4 night experience averages about VND$66 million or S$4,100.

Permits are required to explore the cave.

In 2015, only 500 total permits were made available for tourists.

If you do plan on trekking the cave on your own, a group of 4 is recommended at minimum for this journey. Inside you’ll find jungles, rivers that you can float down, giant flowstone towers, and even its own internal atmospheric systems. That’s right – clouds form inside Son Doong Cave because of its size and the presence of water. They hover around the stalagmites that stretch up to a height of 70m in some places.

You can repel down from various points to start your journey through the cave, but the easiest place to begin is at Hang En where a large entry point has been carved out by the river. During the flood season, the river can rise as much as 300 feet, so plan your adventure accordingly. Hiking the caves after August is virtually impossible.

The Rest of the Park

Phong Nha Ke Bang National Park is 854 square kilometers in size and is one of the world’s largest preserved caving systems in the world today. It has seen its fair share of war over the years, creating a unique landscape where bomb craters have been turned into fishing ponds. During the Vietnam War, the northern soldiers hid from US forces in this system of caves.

You’ll also see extensive grasslands to explore and plenty of biodiversity. The park borders the Hin Namno Nature Reserve in Laos, offering a unique interchange of species that only happens in a view places around the world today. Because of all this, UNESCO added this entire area to its World Heritage List in 2003.

There are plenty of hotels in the area of  Phong Nha Ke Bang National Park that offer modern amenities. There are also several backpacker hostels in the area that will offer you a bed for as little as S$15. If you want a hotel, then the Phuong Nam Backpacker’s Hotel offers free WiFi and a local restaurant for supplies. Every room has its own private bathroom and shower and there is a car hire service directly from the hotel. There’s even a TV if you need to pry yourself away from the beauty of Son Doong Cave.

If you wish to fully immerse yourself in the local culture, then the Phong Nha Farmstay is the best solution. It opened in 2010 and is surrounded by the paddy fields that edge the national park. It’s just off of the Ho Chi Minh Trail if you wish to continue your adventure after exploring Son Doong Cave. Offering private rooms and a swimming pool on site, you’re literally just footsteps away from a photographer’s paradise. A restaurant and bar is also on site.

Rooms at Phong Nha Farmstay are right around S$100 per night. Free bicycle rentals are available. Don’t miss the rooftop terrace for a sunset and the open fire pit for singing, laughter, and story-telling of your adventures within the cave.

Son Doong Cave is one of the world’s greatest underground hikes. Plan your trip for February-July, apply early to receive a permit, and plan on a guided tour for the safest experience. In return, you’ll have the adventure of a lifetime.

Discover more trails in Amazing Hikes To Do Before You Die 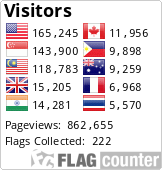